Bristol’s The Insiders (aka Ben Payne and Joe Wills) have been supplying the record boxes of drum & bass DJs worldwide with some of their finest soulful rollers since they burst onto the scene nearly ten years ago with classic like Feel The Music (2002) and Detroit / Chicago (2003). Ben took some time out from the studio to talk to Knowledge about diversifying, discovering house and his watershed journey across the United States…

The Insiders have been putting records out for nine years now. Fancy giving us a bit of history?

It took a while to find our sound and at first we made a few harder edged beats inspired by the Bristol sound. After a name change we decided to take our production in a more musical, soulful direction, as that’s what we were both really feeling. That’s nearly a decade ago now, crazy.

Around the time you started out, the more soulful stuff – and labels like Renegade – were really starting to take off. Did this give your early career added impetus?

Yeah, exactly. It was definitely a good thing for us. When we started collaborating, we were just finding our feet. I come from a musical sort of background – I learnt the piano at school – so it made sense to use those skills, and move into writing drum & bass with a musical element. At the time people were calling the sound ‘liquid funk’, which was going through the roof.

We had some tunes that went down really well with the likes of Fabio and LTJ Bukem. Tracks like Feel The Music and Chicago on Renegade. Our first couple of Insiders releases were put out by Danny C on Blue Box Music, which was again supported by Fabio on Radio One and definitely helped inspire us to get into the studio more and more. This then lead to tunes on Frontline, Defunked, Breakbeat Science and Nu Directions.

In the last couple of years we’ve deviated from that sound a bit, with more experimental tracks, doing a lot of half-time stuff and minimal beats. Now it’s come back around and we’ve decided to move in a more soulful direction again. It’s good to experiment, but the more musical stuff is definitely what Joe and I enjoy making the most.

We have to ask you about the epochal Insiders 12″, Detroit / Chicago. How much did this help establish you on the scene?

It was definitely really important. The funny thing is, I remember people asking us about our house influences when it came out, and I wasn’t into house before drum & bass – I found house through drum & bass. It was just us getting in the studio and finding all these deep chords and lush elements, and putting them together in musical soundscape which would still really work on the dancefloor.

Particularly the Chicago track was important for us because it got picked up by a variety of people. But it wasn’t like it was really conceptual or anything. Chicago was Chicago because of the vocal sample, and then we thought it would be cool to have a Detroit side which was a bit harder, a bit more techy. The production was a bit rough and ready, but the vibe was definitely there on both tracks, so it didn’t matter.

Speaking of Detroit, you’ve recently come back from a US tour…

‘It was an awesome trip, dude!’ as they say. I was actually meant to be out there six weeks and ended up extending my stay by two extra weeks because I’d had such a great time. I played 14 gigs in total, mostly drum & bass with a few house sets as well. Joe came out for a couple of weeks to do the west coast part of the tour, which included the Soundwave Festival on Vancouver Island – one of the highlights. I got to really immerse myself in the culture, meet a lot of people and visit new places.

I checked out a lot of different shows which weren’t drum & bass related, mainly house and techno, and that was a real inspiration for me. Small clubs with proper party vibes and no attitude. A friend of mine told me he went to a d&b night in London recently and there were a circle of moody people there on the floor with their arms folded, not moving. I’m not into that, surely going to parties is meant to be fun!

Playing tracks out by guys like Sect, Natural Rhythm, Output, Soul Minority and Noze was really refreshing. It’s something I’d like to start doing in Bristol. The whole experience gave me the inspiration to want to start writing deep house and experiment with other tempos in the studio too.

Will that be coming out on your own label, Intrigue Music?

It’s early days so we’ll see what happens. My main focus with the label is drum & bass. The next release is Cairo (Intrigue005), one of our half-time, more experimental tracks, backed with a harder number, Shield. But after that one it’ll be moving back to the more soulful sound I’ve talked about. It’s important to have variation with a record label to keep people guessing. There are two collaborations I’ve produced with Random Movement which will be Intrigue006, out early next year, and then some new Insiders beats to follow that.

You and Joe have both been working on solo material. Is having that space important to keep the creative partnership alive?

I think it definitely is. I live in Bristol and Joe recently moved to Leicester to work on a PhD up there. We both start our own individual tunes and choose which ones we want to work on together. Having that space to do our own things, and come back together with lots of fresh ideas has been productive. When you both go into the studio with a blank canvas it can sometimes be difficult to get stuff off the ground because you both have your own separate ideas of where you want to take it. It’s a lot easier to get rolling with a tune when one of us comes to the table with the main loops there ready to lay out.

Can you imagine your own move? Stateside perhaps?

Yes, I think it would be an amazing experience, a complete change of scenery and lifestyle. It would be really inspiring to be in new surroundings from a creative point of view too. I’ve been living in Bristol for 25 years and moving to New York is something I’ve thought about doing every time I’ve gone out there. It’s that crave for that big city vibe – amazing music scene, wonderful people, sleepless nights, and of course, dollar slices!

The next release by The Insiders will be Cairo / Shield, out November on Intrigue Music. This will shortly be followed by Mutant / Heatwave on Nu Directions. Another new Insiders track, 9th Avenue, will appear on a forthcoming compilation on Creative Source.

the insiders guest mix for kmag 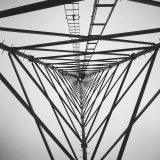 Optx is Carlos Villarreal a dj/producer from South Texas. Fast paced city rhythms, slow rising country breaks and rolling coast line bass are what comprise his sound. Optx brings the soulful side of music from Hip-hop, Jungle and all genres in-between.
From international bookings to local stomping grounds Optx comes correct with the beats and vibe.

Gotta Be Starting Something!

So here's the plan. This site is dedicated to the pure advancement of drum and bass with a side of dubstep. This is done by providing a common area for people who are interested in the music to find a source for the genera. Our local mission is to establish this sound and create a vibe which will be conductive to the scene in general.

This site features archived music from local and not so local talent!